I’m so behind on posting, again, so! COMIC CON! (and after this, Costume College, then I can finally move onto new stuff!)

I flew into San Diego on Thursday morning, I’d flown into San Diego once before but couldn’t remember how I got to the convention! Usually I fly into LA or thereabouts and drive down with friends. So I just spotted some Comic Con likelies and asked how they were getting there, and ended up cab sharing with a guy who was very interesting and it turned out was working the Lucasfilm booth so he got the cab as he’d be reimbursed. I did look for him a few times at the booth, but never saw him again, and now I don’t remember his name anyway.

The rest of my room came in around the same time, it was great timing! We checked in, and went and badge got, and then zoomed and got pretty much all the exclusives I had wanted.

Anyway, we changed into our first costumes of the con in the afternoon! 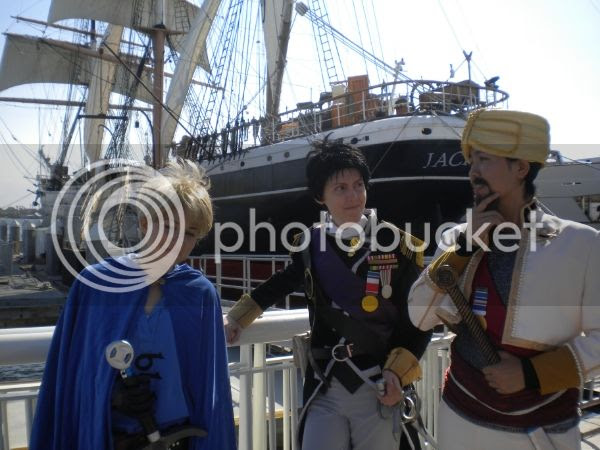 Summary of the con w/ photos after the break~!
Read more »
Posted by Mi at 3:51 PM No comments: