Another scrap bag, with bonus quilt

I’m really trying to use up scraps… and just make STUFF. Like I’m at that point where I don’t even care, I just want to use up fabric (but not quite at the stage where I want to actually purge the fabric XD). So, bags. That’s what’s been happening.

Though! My latest costume, Black Canary, was all scrap! I feel a little accomplished for that.

I made a bag in between the owl one I posted earlier and this one, from the same really cute tutorial. I was going to post that bag now, but I didn’t take very good pictures so I’ll need to take some more.

The one step I wasn’t keen on for that lunch bag tutorial is that in order to catch all the seam allowance and create an enclosed seam the top stitching is wider below the brim than it is above it. So for the second bag I left a gap and did the whole flipping it inside out thing, and then top stitched… this will make more sense when I post those pics. Well for the 3rd one I decided to do that again, only this time to also catch the cover in the topstitch, because I like that look better (for all the time anyone spends looking at the inside…).

Yeah okay, that wasn’t explained that well, for my next bag I’ll take pic of the process. 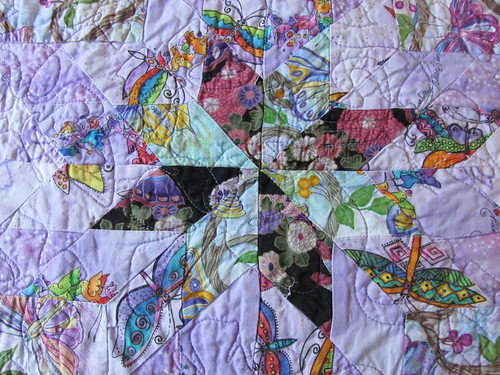 This bag was made for my sister using scraps leftover from a quilt my gramma made her.

I keep meaning to post these. Soooo, my gramma quilts, as you may know. Most of my crafty projects are made from scraps of those quilts.

Anyway, I’m trying to take pics of all her quilts, well, it’s far too late to catch them all but at the very least going forward!

Here are some quilts and quilt top pics I took in January when visiting. She’s been working on some since then, but they’re not done yet. I’m really hoping she didn’t send off a particular quilt already, so I can take pics on Sat!

Email ThisBlogThis!Share to TwitterShare to FacebookShare to Pinterest
Labels: Quilts

Alright, so I have a few more backlogged posts in the pipeline, that all need something (mostly photo resizing and uploading ;_;).
Anyway, in the meantime, I thought I’d just ramble a bit about projects in the works, upcoming things.

Beyond trying to use up fabric with scraps, I have two new Regency dresses planned and another Black Canary variant for SDCC. One of the Regency dresses doesn’t warrant talking about at this time, there was going to be a very fancy tea put on by the Greater Bay Area Costuming Guild but they changed the venue, it will still have very nice tea I’ve been told, but it’s not half so fancy. So I put my fancy plans on the backburner and am working on a country dress!

My country dress is based on one Imogen Poots wears as Fanny in Miss Austen Regrets. 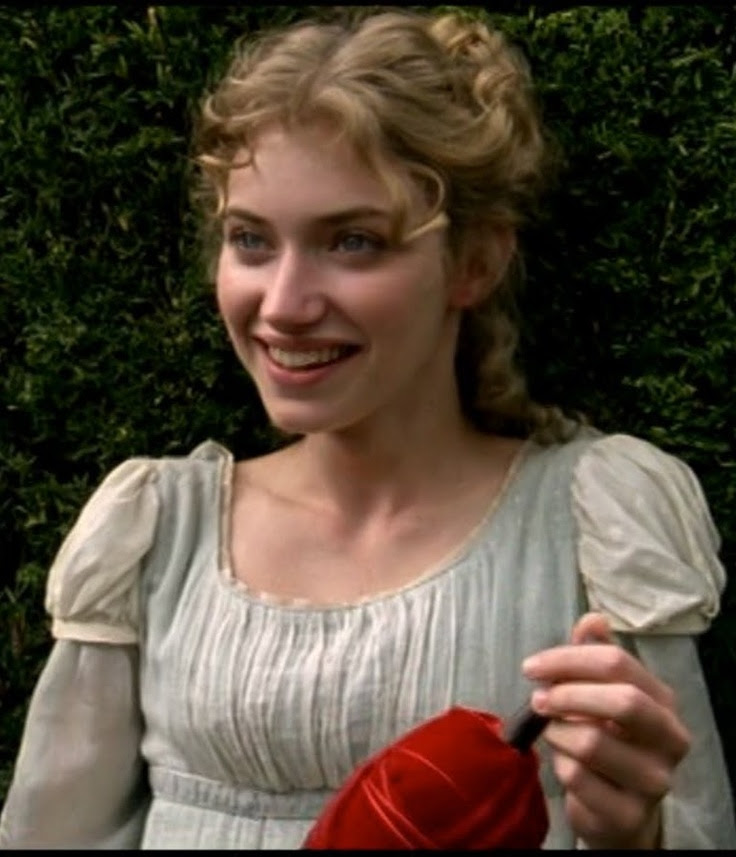 I was doing so well with posts, I thought I’d get to Wonder Con in a timely manner… but I didn’t.

Anyway, for Wonder Con this year I flew down to LA on Friday afternoon, and stayed the night with my lovely twin-chan, Miss Molly.

We had dinner disappointment, there used to be an AWESOME ramen place by her, which has been closed for some time now, but still makes me sad. So she told me of this other place which was Japanese-Italian fusion and she thought I’d really like… we drove over, and closed!
We did end up with ramen though :D But not as awesome as the other place ;_;

We watched more Witchblade (it was like Gally, redux!) but… I fell asleep on the 2nd episode (okay, maybe it was the first).

For Sat, the plan was to sleep in, have a leisurely breakfast, and head out around 10-11. But since we’re both used to waking up a little early, our “sleep in” was 7:30. So we had an EXTRA leisurely brekkie :D And then we decided to do makeup there, instead of at the hotel room… and omg, makeup always takes longer than expected! So even with getting up early, and being all ready and such, we ended up leaving later than planned 8D

But the hotel was ready for us, and Bon had gotten in about 15-20 minutes before us, so we just went up and started dressing.
I wish I’d thought to take a picture of my makeup without the wig. I need to not doubt Molly, but woooow, it looked like a major drag queen with my own hair (platinum blonde with pink and blue streaks at the time). Once the darker wig was on though, it balanced out :D 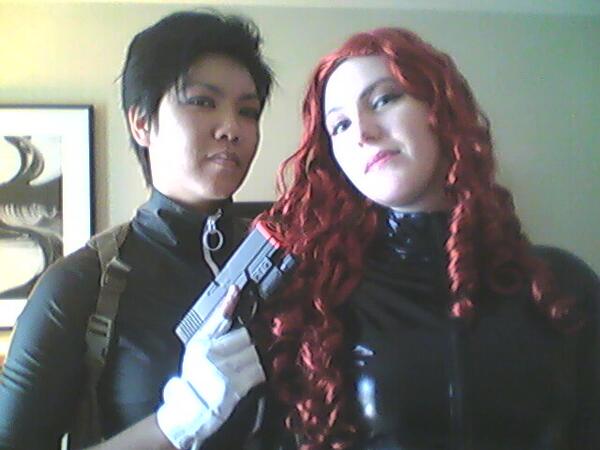 The story of this costume!
Maria Hill in the comics is basically modelled after Bon, so it had to happen. I agreed to be Black Widow on the condition I wouldn’t have to do anything but buy a body suit. So all accessories (even the shoes!) and wig and such are Bon’s :D

So Saturday was Marvel day!

I’ll get to those shortly! I had a really chill weekend so I puttered with some sewing. AJ put me onto this really cute bag tutorial, and when she made it, it turned out adorable so I thought I’d try my hand! These are the fabrics I used:

Figures, when I actually feel motivated to blog again, I haven’t been doing that much.

I’ve been doing loads of putzy things, trying to tidy, get rid of things, etc.

Anyway, good thing I still have a small backlog of things.

I had two hattings since I last posted about one! For those that don't know, I organize these hatting parties about every three months and we just make as many caps as possible to donate to the chemo ward.

One in January, and one in March. For the one in January, I didn’t realize my camera was out of batteries… or I forgot it, or something like that.

So I have the one photo my friend took of the pile.

But I took pics of the hats later!