I love this challenge because it’s soooo versatile.
I put together some inspirations to get my brain going!

Found on Babble via Pinterest, I actually like about half of these, and while I don't actually neeeeed anymore scarves... they do make great gifts!

There are actually lots of fun scarf tutorials, and many are grouped in convenient lists!

There's also adorable hair clips/brooches which count, I don't even wear either of those things but I want this: 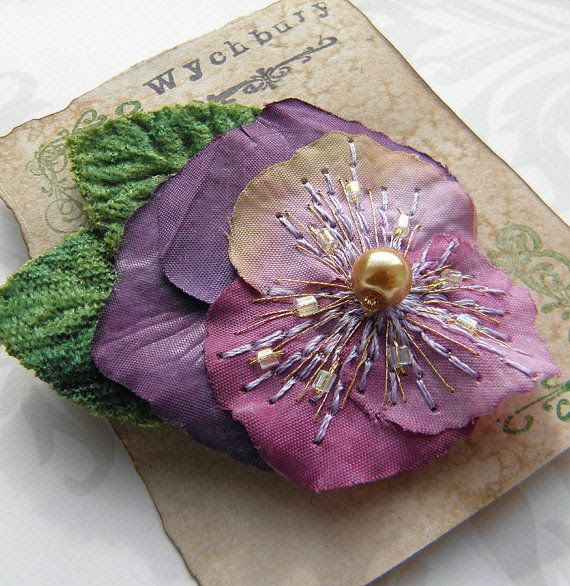 
And I've seen some lovely pins of people who used fabric to make pretty origami hair clips.
I definitely think bags & clutches count as accessories!
I have boards on pinterest for those, because I love how quick a project they are in general:
Sewy Things - Wallets/Clutches
Sewy Things - Bags

I'm still undecided about whether coats count as an accessory, but I guess it doesn't really matter for me because no way can I bust one out by January's end. 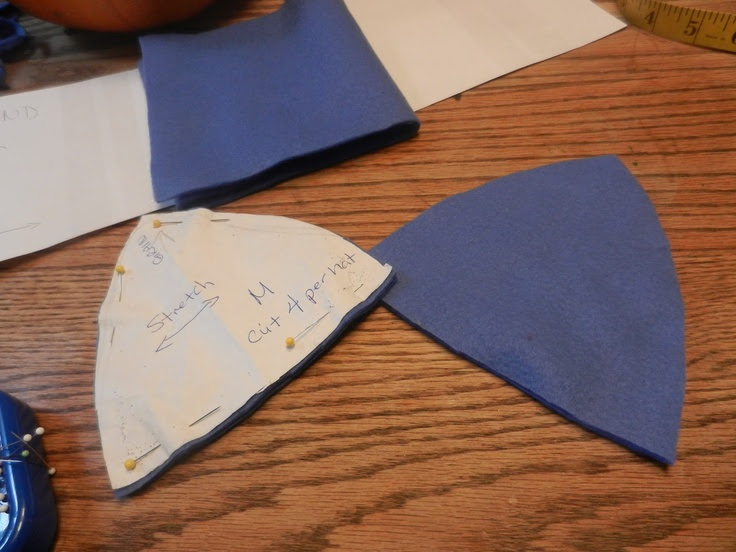 
I'm hoping to actually have another hat party in Jan, so that would knock it out super quick!

Plus for those of us with a historical bend, it’s an opportunity to make something like… a matching reticule to a planned or existing outfit. Or perhaps a fashionable hat? I could definitely do with a Regency bonnet!
Actually... along those lines, I'm contemplating a set of detachable sleeves for my latest Regency dress.
The possibilities!

So for 2015 my sewing ladies and I decided to do a monthly(ish) sewalong! Exciting! AJ and I decided more of the themes, and we went with purposely vague topics so everyone can interpret how they choose and to account for various skill levels. But above all, we went for stashbusting!

So, I’m going to post our goals here as an additional “keeping me accountable” measure!

May : Make a household item

Jun : Something for your sewing table

Jul : Refashion an existing item in your wardrobe


I'll come back here and link the finished projects :D
Posted by Mi at 9:46 AM No comments:

Email ThisBlogThis!Share to TwitterShare to FacebookShare to Pinterest
Labels: 2015 Sewalong

Still too busy to much actual sewing, but that doesn’t mean I can’t plot!

2015 is going to be aaaaall about using up fabric! I’ve been on a self imposed fabric buying ban for so long @.@ Actually, now I stop and think about it, I think it’s been almost 3 years!

When I started I had some exceptions which were basically… Doctor Who costumes. But only ones I’d had in mind for awhile, so basically Jo Grant, TVM!Master, and Survival!Master. Somehow though I ended up buying fabric for three historicals, through some sort of mental loophole, but everything else was stash! You would think I’d have more to show for it!

Anyway, now my only “loophole” is gifted fabric, that’s still acceptable! So this year I’m really going to buckle down and stick to my guns, use up more fabric! To that end, I have a lot of small “crafty” type projects in mind (bags, bags, and more bags. More than I could possibly need, so potential etsy listings there!), some actual Real Clothes, and underthings!

By underthings, I mean historical. First up will be an 18th Century corset, something like this: 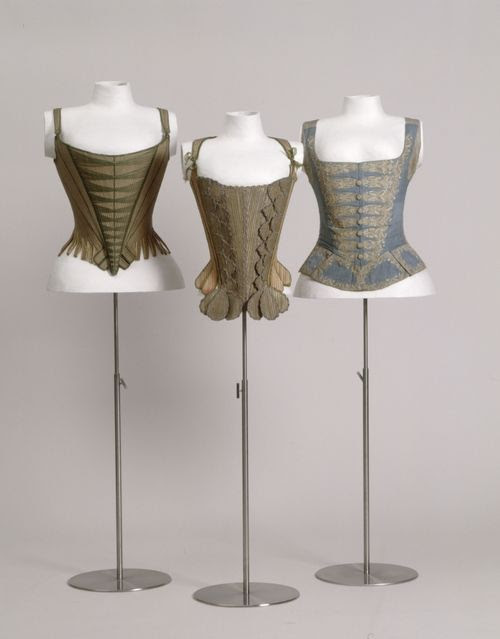 I think most similar to the far left. I can’t actually remember, I’m just using whatever pattern AJ @ Confused Kitty used! I’ll also have to make some paniers, probably this size? 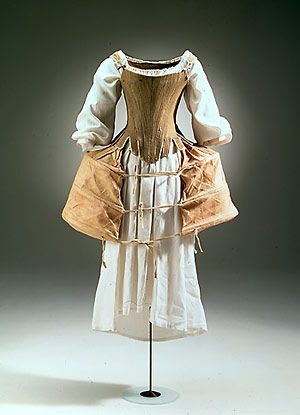 I know nothing of this era, so I’ll be counting on Bunny to guide me through it!

I had planned to make more underthings so that when I can buy fabric again I’ll have the base for everything, but then Bunny went and gifted me some fabric of sizable yardage (something I’m greatly lacking) so a full 18th century outfit will happen. The fabric isn’t remotely similar to this, but I’m quite taken with this dress: 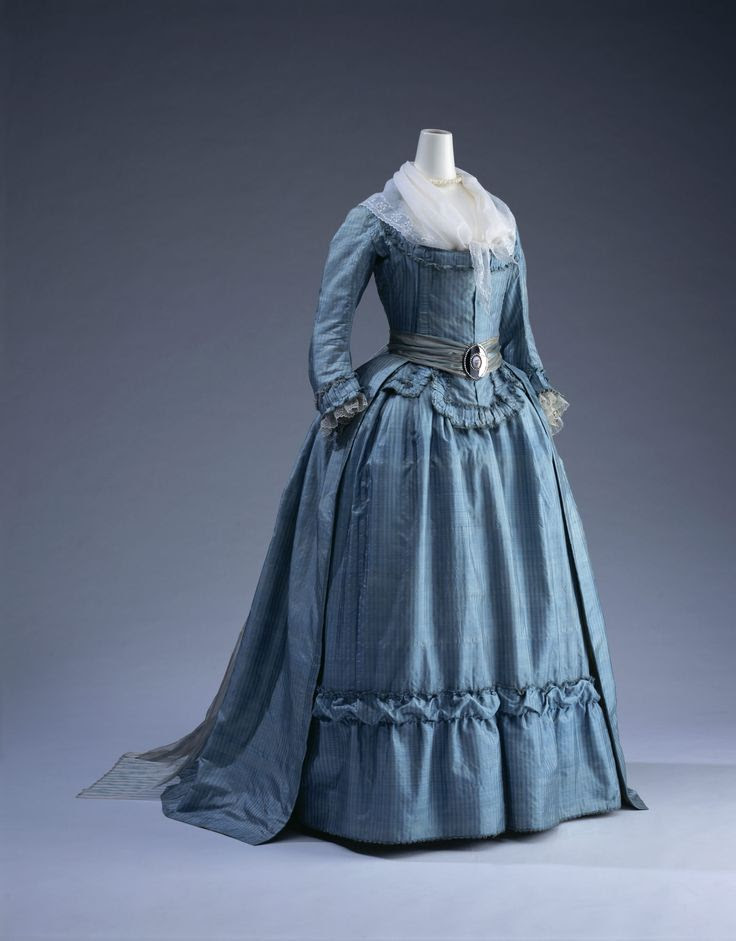 From the Kyoto Costume Institute.

So we’ll see, I’m in the beginning stages of my research! It’s exciting branching out.

I also have the fabric for more Regency things, and possibly another late Victorian.

Hopefully blogging more will keep me accountable!
Posted by Mi at 3:31 PM No comments: